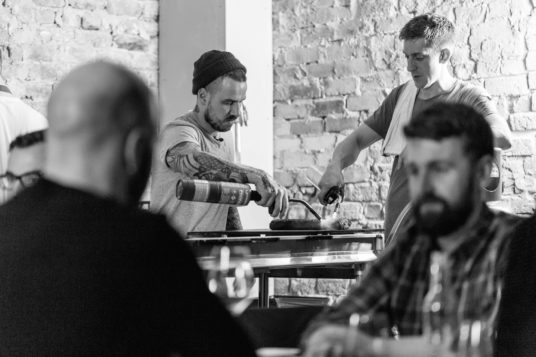 Places at the pop-up, set in a derelict building on the corner of Slater and Seel street, were scarce and the 30 seats that were made available, sold-out online within 10 minutes of being released onto the site. The venture came about after Usher found what he believed to be the perfect venue for his fourth restaurant and, wanting to pitch the idea for another crowdfunding campaign, had the innovative idea of setting the scene for potential diners and allowing them to test drive the venue.

Usher comments: “I have been buzzing about this idea for what seems like a lifetime, but in reality, we have turned it around in a matter of weeks. Seeing the concept up and running in this amazing venue full of happy customers and great food, was all that I could hope for. It’s just made me even more determined to make the permanent restaurant a reality. Now we just need to plough as much time and energy as we can into the Wreckfish crowdfunding campaign and hope that everyone around here is as passionate about it becoming a reality as we are.” 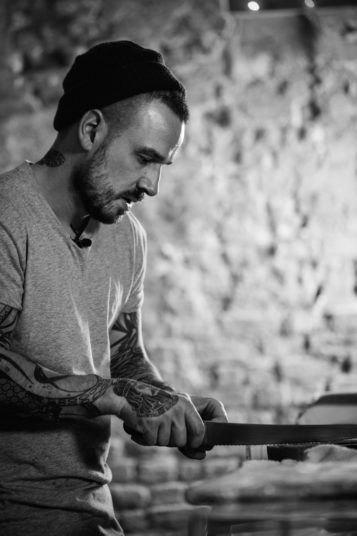 The Wreckfish project will be another crowdfunding venture for Usher, set to launch in March, and following in the footsteps of his three other successful restaurants, two of which were also launched through massively successful crowdfunding campaigns. These include: Hispi, in Didsbury, South Manchester, Burnt Truffle in Heswall on the Wirral and the much-acclaimed Sticky Walnut flagship restaurant in Hoole, Chester.

The concept behind the pop up meant that all the dishes were cooked by Usher himself over the five days, with customers deciding how much they paid based on what they thought it was worth. Usher continues: “With no running water or electricity, we had to get seriously creative, including having to use camping stoves… however, all the hard work has paid off and the response has been immense. Everything that we have raised from the pop-up has gone into the crowdfunding pot and now we can’t wait to launch the campaign officially in a few week’s time.”

To find out more about how you can support the Wreckfish crowdfunding campaign simply visit: http://www.wreckfish.co

Food & Drink News
One of the leading voices in the Food & Drink industry for 20 years. Featuring in depth company profiles and informative news from all over the industry!