Time really does fly by. It’s been seven years since I last saw Dharam Ramalogan, chef/owner of recently established Traiteur in Crouch Hill. This quaint and tiny restaurant is still in its baby years but has already undergone a radical make over. When Traiteur first opened, it was more of a deli eatery producing the home made food that we all know and love such as cakes and scotch eggs. However Dharam wanted more and even openly admitted it just wasn’t the right formula. He took the brave and ballsy step of closing it and starting from scratch (again).
Now after a few months that step has proved vital. Utilising his skills to the max – Dharam has trained at various Michelin starred restaurants- he is now producing more refined food not just for his twenty two cover restaurant but also for his private functions which he does on the side.
Traiteur has a close knit team. Dharam oversees the food with his dedicated sous chef by his side- who by the way makes the most banging Gazpacho- and a single waiter who effortlessly controls proceedings at the front. Not only does it look like a daunting task because of the sheer space he has to work with but its a job he does very well. They all click and sing from the same song sheet which makes this place work. The attention to detail of the menu and the attentiveness towards the customers is spot on. I noticed Dharam would now and again come out and talk to his customers explaining his ethos and his goal for Traiteur. 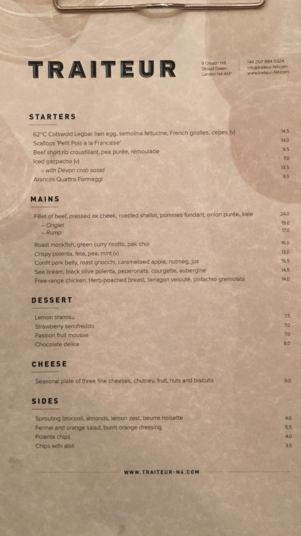 The food itself is simple, executed well and more importantly absolutely delicious. It’s modern British and European food menu is constantly changing with the seasons where only the freshest and locally sourced ingredients are used. Complimentary canapés (nice touch) are served consisting of fillet of beef tartare, charred artichoke with salsa verde, Quails egg with Morcia and an aricini with porcini and even though they get the taste buds going and leave you wanting more, its nothing compared to what comes next.
Remember the gazpacho I mentioned earlier? Well it is highly recommended. Cool to the palate, sharp and slightly spicy and with the creamy fresh picked crab, it will send you to an extremely happy place. It’s one of those plates of food that is screaming out to be in Time Outs top dishes in London. Not only that even the vegetarians can have it as the crab is an optional addition. Everyone is a winner and talking of winning dishes Traiteur cook up an awesome fillet of steak which I obliterated in no time at all. Nice and rare the steak is classically done with a fluffy fondant potato, a sticky and rich pressed ox cheek, seasoned kale, roast shallot and a smooth, velvety onion puree.
Going out with a vegetarian allows me to eat more of the meat free dishes with a simple, yet huge plate of crispy polenta, fresh green peas and beans and salty chunks of feta going down well between the pair of us. All of this rich and tasty fine food left me with enough space for dessert. Now I rarely eat the sweet goods and the cheese board out on the front is devilishly inviting – trust me it’s a sight to be seen – but I took it easy upon myself and had a creamy semifreddo instead topped with mint and strawberries. 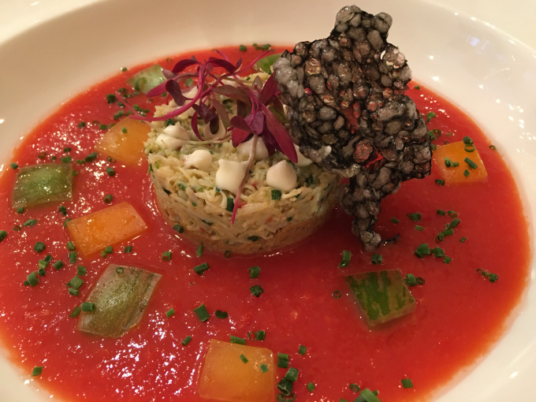 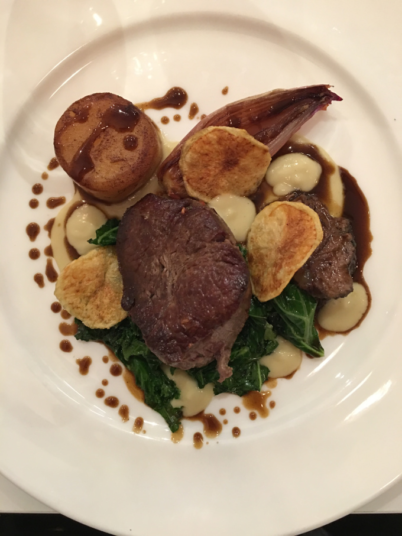 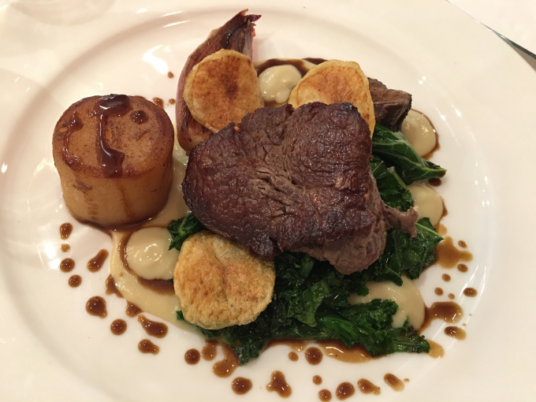 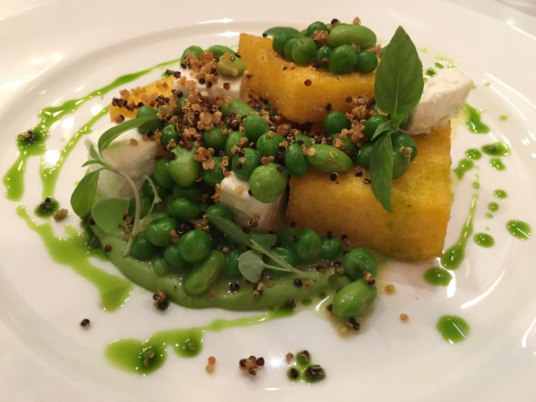 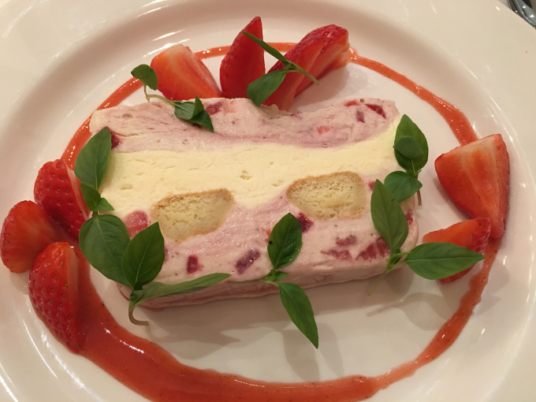 This menu is just the start for Dharam and his business. For someone who is currently on a tight budget the food is spot on delivering the classics fuss-free. Without a doubt once Traiteur has settled into it’s new surroundings and structure and Dharam has constructed the menu the way he wants it to be, people will be hearing a lot more about this place. Remember this is a new beginning for the place and with the positive response it is getting from the locals alike, it is only a matter of time until more and more people travel over to Crouch Hill to check out this awesome restaurant. Watch this space peeps.